Welcome To The Thomas Maguire and Fhiona Ennis Website

Solid As A Rock CD 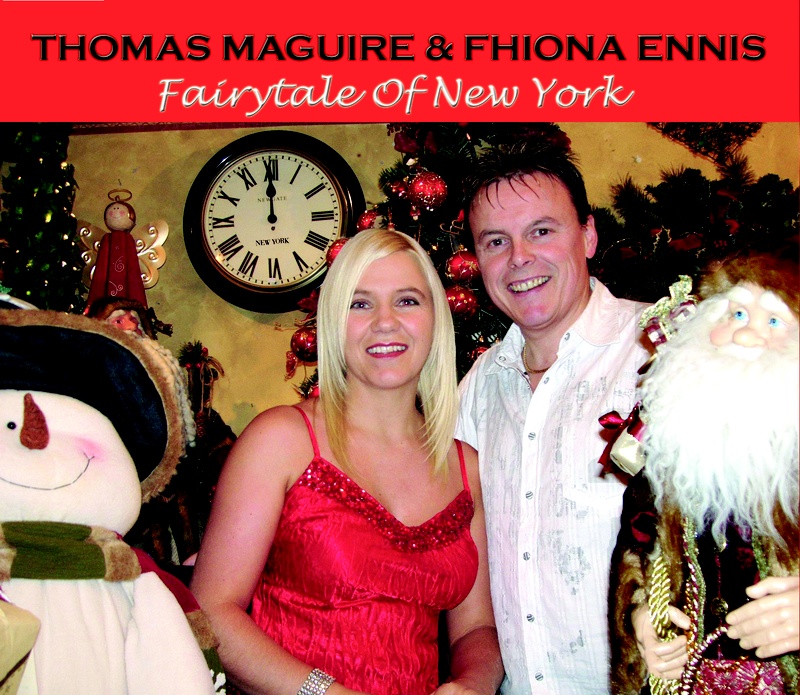 To Purchase The CD select the correct postage option and Click The "Add To Basket" Button Below - from £2.99

Your MP3 download file will be emailed to you usually within two hours of receipt of payment (normal office hours).
Listen To A Sample

Thomas Maguire & Fhiona Ennis have just released their own version of the timeless classic Fairytale Of New York for the festive season.

"Fairytale of New York" was originally released as a single in 1987 by The Pogues featuring Kirsty Mac Coll and reached #1 in the Irish charts and #2 in the British charts. The song has become a festive classic in the UK and Ireland over the years, and was voted the best Christmas song of all time in both 2004 and 2005.The song features two Irish immigrants, lovers or ex-lovers, their youthful hopes all but crushed by alcoholism and drug addiction, reminiscing and bickering on Christmas in New York City.

Rather than trying to emulate the original performance and production of this classic, Thomas and Fhiona have adapted it to fit in with the Country & Irish market they work within, and in doing so have put their own mark on The Fairytale Of New York

Prior to joining forces with Thomas in 2005, Fhiona Ennis from Ballymurn, Co Wexford has enjoyed great solo success having toured with USA singer/songwriter legend Leona Williams and Moe Bandy as part of their Irish schedules. Fhiona also joined Leona in Nashville for some concerts during the CMA festival 2005 including a live broadcast on the legendary Ernest Tubbs Midnight Jamboree Radio Show. Fhiona was voted Best Female Newcomer at the 2005  Country & Irish Entertainment Magazine award show.

Thomas who hails from Irvinestown, Co Fermanagh paid his dues on the London entertainment scene before returning to Ireland in 2000 after being voted Best Act on the London Circuit at The Irish World Millennium Awards in the famous Galtymore. Now in his seventh year on the road with his band under the management of Henry Mc Mahon, Thomas has picked up numerous awards for his contribution to country music and is no stranger to our television screens having appeared on RTE, BBC and TG4 television to date.

Thomas and Fhionas first album together entitled Promised To John was released in March 2006 and has brought the pair to the attention of Radio DJs around the globe and their reputation as an up and coming vocal duo is quietly spreading.

Thomas & Fhionas stage act is receiving glowing reviews as they gig the length and breadth of Ireland and the U.K. With their newly erected website www.thomasmaguire.com everyone is welcome to drop in and explore whats happening in the career of this country music partnership.

With Fairytale In New York, Thomas and Fhiona have once again come up with the perfect production and have put their own inevitable stamp to one of the all time great Christmas songs.